According to a new market report published by Transparency Market Research , the global tokenization market was valued at US$ 1,267.8 Mn in 2016 and is estimated to expand at a compound annual growth rate of 18.6% from 2018 to 2026, reaching US$ 6,901.1 Mn by the end of the forecast period. According to the report, North America was the largest contributor in terms of revenue to the tokenization market in 2016. This is primarily due to strong technological advancement and considerable application of tokenization in banks and financial institutions across the region 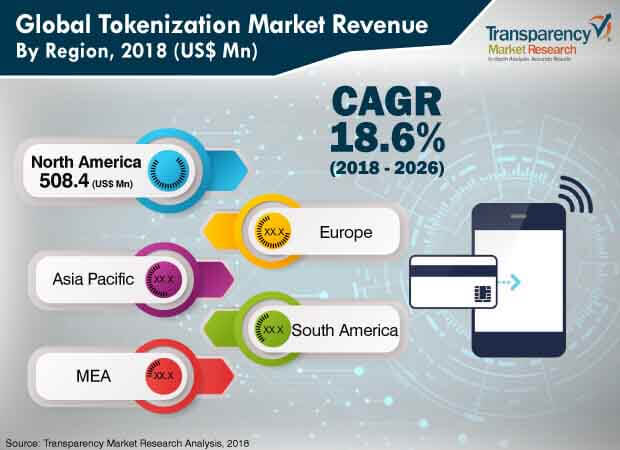 PCI DSS guidelines state that merchants and companies that process and store credit card data must fulfill precise audit requirements for managing cardholder data and privacy. Tokenization, a method of replacing sensitive data such as credit and debit card numbers with tokens, is one of the audit scope reduction and data protection methods that is recommended/suggested by PCI DSS. Tokenization helps merchants to comply with the global PCI-DSS and assists payment processors to keep cardholders’ data secure. This in turn is expected to drive the tokenization market during the forecast period.

Tokenization Market: Scope of the Report